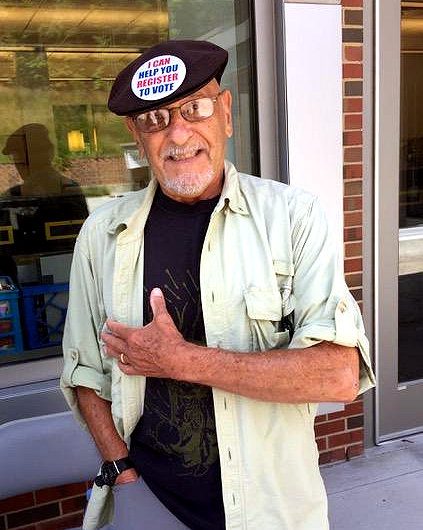 Elliott Mills, 86, of Chapel Hill, NC = physiologist/pharmacologist, musician and leader of The Magnolia Klezmer Band,  was born in Brooklyn, NY to Milton and Lilian Mills and was raised in the streets and school yards of New York. He attended Midwood High where he played baseball and soccer and after graduating high school attended City College and later Columbia University – a true NYer!  While in college, he was an excellent fencer winning the eastern collegiate championship and later was very proud that he was allowed to represent the United States with his fencing team to beat the English Olympic team.
Elliott knew at a young age that he wanted to be a scientist. He became  Professor of Physiology and Pharmacology at Duke University and while at Duke he proudly wrote a classic paper in physiology that is still influential 50 years later.

Elliott and Sandy traveled all over the world hiking and playing music, giving lectures in the US, India, Russia, China, Europe, and Canada. The best time was in England in the 1960’s during the Swinging London Nureyev Fontaine mini skirt years. They made friends which they have kept till now.
Elliott and Sandy formed a big band called The Magnolia Klezmer Band and it became a major interest of theirs till the present. Over the years, they played over 200 public performances. Music became a life passion of Elliott’s which also included Jazz, Russian and Balkan music.
He was preceded in death by his parents, Milton and Lillian Mills.
He is survived by his wife of 61 years, Sandy Portnoy Mills, the love of his life; a daughter,  Jenny Alina Mills of Burlington, Vermont, and son, Michael Cuong Mills of Orange Beach, Alabama.  Grandchildren include Zachary Elijah Mills, Avin Cuong Mills, Daniel Mills, and Chaney and Blaine Greenwood.

A funeral service will be held at 12 p.m. Monday, October 18, 2021 at Beth El Synagogue located at 1004 Watts Street in Durham followed by burial at Durham Hebrew Cemetery.