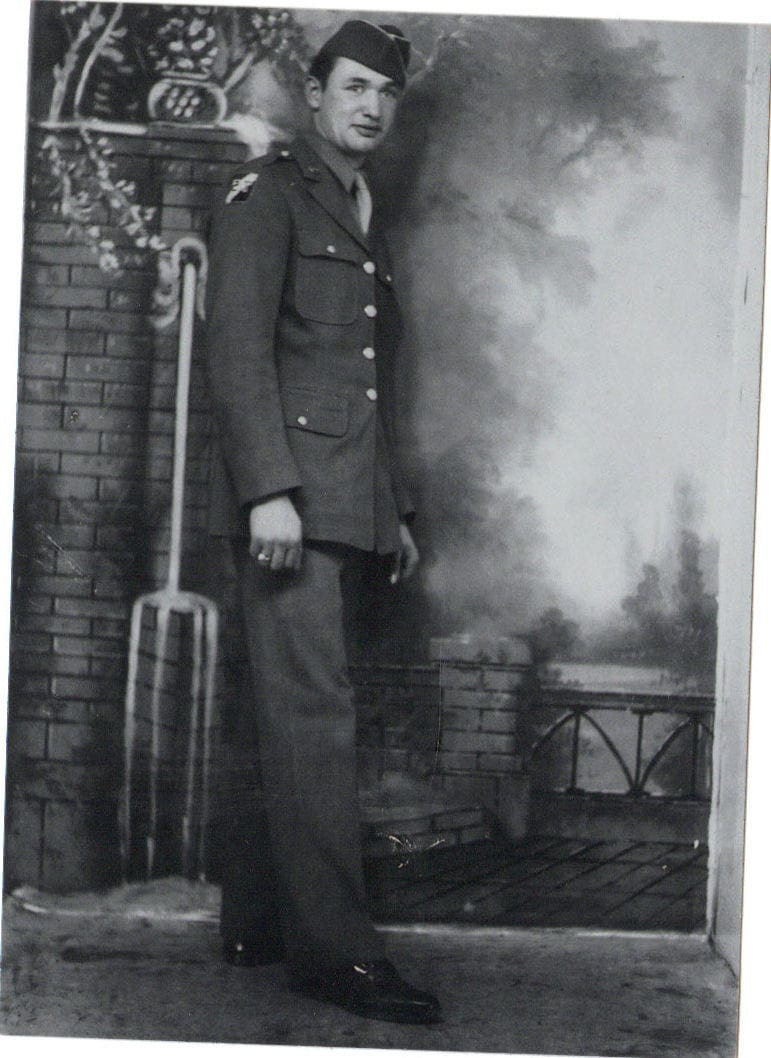 LYNN, JR.DURHAM Christopher Claude Lynn, Jr., 85, a former resident of 723 Lynn Road, passed away on Thursday, July 24, 2010 following a long battle with obstructive pulmonary disease (COPD). Mr. Lynn, affectionately known as CC has resided at Rose Manor Healthcare in Durham for the past three years. CC was born in Durham County on August 10, 1924, to the late Claude and Della Lynn. He attended Bethesda School and worked the family farm until he was drafted in the U.S. Army in 1943. He was trained to be a U.S. Army Ranger and participated in campaigns in North Africa and Europe. He was assigned to the 2nd Ranger Battalion during the Normandy invasion on June 6, 1944. As part of the second wave of the landing, Pvt. Lynn stormed the cliffs on the right side of the landing zone to silence the big guns that harassed the invading forces. He was wounded while climbing the ropes, but he was able to complete his mission. His unit was pretty much destroyed, but he joined other fighters for several days as they advanced inland. He was hit by enemy bullets again but continued to fight. As the soldiers fought among the hedge rows, Pvt. Lynn was finally struck down by enemy gun fire and taken prisoner of war. A German doctor operated on his wounded leg by placing a pin in the bone. A few days later he escaped the confinement by crawling many yards and was later picked up by the U. S. forces. For his military experience he received three Purple Hearts and one has an Oak Leaf cluster, a Bronze Star, American Campaign medal, European-African campaign medal with Bronze Star and the WWII Victory metal. He was honorably discharged from service in December of 1945.CC returned to the farm for a short period of time only to return to England where he had married an English girl and there he worked for 22 years as part of the US AIDE program to restore the war damage. He later divorced and returned home to work for his cousins at the Hutchins Construction Company. He attended Sherron Acres Free Will Baptist Church.CC was predeceased by eight brothers and sisters, Claiborne of Ashville, Ethel Jones of Pelham, George Lynn of Lakeland, Fla, Juanita Mullen of Durham, Dr. David Lynn of Orlando, Fla., Sam Lynn of Durham, Frank Lynn of Hillsborough and Marie Laviner of Durham. He is survived by his brother and caregiver for the last few years, Victor Lynn of Wake Forest.The family will receive friends on Sunday from 5 to 7 p.m., followed by a service at 7 p.m. at Hudson Funeral Chapel. Rev. Fred Johnson and Dr. Rod Mullen will officiate.Interment will be on Monday at 11 a.m. in the Lynn Family Cemetery.