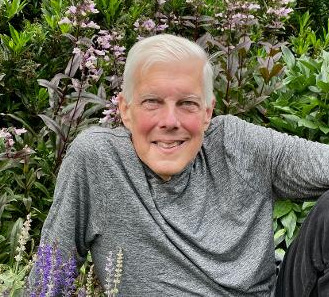 A funeral service will be held at 2:00 p.m. Tuesday May 17th, 2022 at Beth El Synagogue, 1004 Watts Street in Durham. Burial will follow at the Durham Hebrew Cemetery.

He was born to become a leader in the Jewish community. Attracted to a local Conservative synagogue where his passions for Judaism and spirituality were developed, Steve went on to become an exceptional president of Seaboard Region United Synagogue Youth (USY), a distinguished student of Hebrew language and literature at the University of Maryland, and then a Rabbi ordained by the Reconstructionist Rabbinical College in Philadelphia. He became the spiritual leader of Beth El Congregation in Durham, NC, where he served for thirty-two years as Rabbi and fifteen years as Rabbi Emeritus. Steve introduced many innovations at Beth El, encouraging interactive learning among congregants of all ages, including public dialogueSTEs with b’nai mitzvah students and a peer learning program among teens. Rabbi Sager welcomed significant participation of lay leadership in the religious life of the community, expanded the role of the hevrah kaddisha funeral support committee, and emphasized ongoing care of the local Jewish cemetery. He also was elected president of the Reconstructionist Rabbinical Association and the Greater Carolinas Association of Rabbis (GCAR).

Steve Sager was a dedicated teacher. He received a Ph.D. in Rabbinic Literature from the Duke University and served on the faculties of the Reconstructionist Rabbinical College, Duke University Divinity School, University of North Carolina, Southeastern Baptist Theological Seminary, and was a long-time Senior Fellow of the Shalom Hartman Institute in Jerusalem. Rabbi Sager was also codirector of the GCAR Interfaith Institute and was an invited Scholar-in-Residence at almost two dozen congregations throughout the United States. After retiring from the pulpit, Steve created and directed Sicha/Conversation, an organization promoting ongoing dialogue between Jewish texts and lived experience among Jewish clergy, professionals, and laity. A hallmark of Sicha was its rabbinic enrichment program, in which Steve mentored colleagues to help them develop both personally and professionally.

Rabbi Sager was dedicated to his extended family. He grew up in Silver Spring, MD in a household that supported and nurtured his multiple talents. He met Sabina Weinstein in USY and they developed a deep friendship during their time together as USY regional officers. They married in 1973. He loved their three children and spouses Ariele and Avrami, Jacob and Ali, and Noah and Allie, and grandchildren Maya, Daniel, Gefen, Yehuda, Zoe, Sasha, and Georgia (of blessed memory). He was devoted to his brothers and sister-in-law Barry, David, and Natalie, as well as his blended Stevens and Henig Family siblings.

Steve was a person of remarkable abilities. He wasn’t just a wonderful musician with a wonderful singing voice; he was a highly skilled trombonist who could also play any musical instrument he wanted to, including the shofar on which he was a virtuoso. Steve wasn’t just a a great athlete; he was a championship swimmer who set a number of county records in multiple events. And he wasn’t just a serious scholar; he was an accomplished poet, writer, and linguist.

Steven was dedicated to his friends. He forcefully maintained enduring relationships he established at every point in his life, particularly his beloved friends with whom he celebrated New Years for almost fifty years.

Steven Gary Sager was extraordinary. And most of the time, he was the best looking, funniest, cleverest, and warmest person in any room.