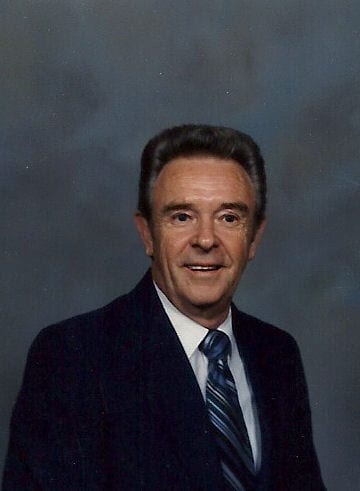 ANDREWS DURHAM On October 3, 2010, Thomas Marshall Andrews went to his eternal home. He was the son of the late Thomas Marshall Andrews and Annie Browning Andrews Blue and is survived by brothers William “Billy” Blue and Michael Brent Blue. He grew up in the home of his beloved great grandmother, the late Eva Gilliam Browning. There he and his cousin, Richard Browning, enjoyed their childhood together. After Graduation from Bragtown High School, he joined the Army Signal Corps and served his country in Germany. Tommy was on the Durham County Basketball team as well as playing on the army team. He coached Basketball for the Oak Grove Athletic Association and was an avid Duke fan. He retired after 36 years of service from Liggett and Myers. He enjoyed camping, fishing, dancing and bowling with his friends and family as well as spending time at his beach home at North Topsail Island. He loved touring the country on various bus trips.He faithfully attended Grove Park Chapel and cherished his church family. Tommy is survived by his wife of 55 years, Rosita Andrews; children, Suzanne Carlton and husband Rev. Steven Carlton, and Anthony Andrews and girlfriend Karen Clark; grandchildren, Shellie Pierce and Amanda Windham; great grandchildren, Thomas Pierce and Abigail Windham. He cherished a very close family bond with his in-laws; Yvonne Overton and late husband Brent Overton, Delores Carter and late husband Rev. Larry Carter, Loretta Hagan and husband Donald Hagan, and Mickey Ellis and late wife Miranda Ellis. The family will receive friends on October 5, 2010 at Hudson Funeral Home on Miami Blvd from 7 to 9 pm. A graveside service will be held on Wednesday, October 6, 2010 at 2 p.m. at Woodlawn Memorial Park, officiated by Rev. Dale Brooks.Memorial contributions may be made to The Gideons International or Duke Hospice.