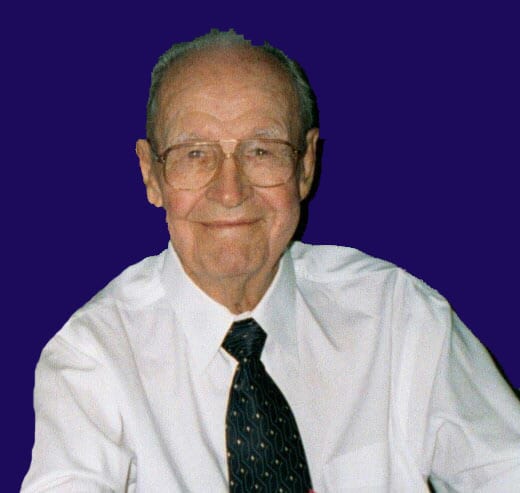 OBITUARY FOR VANCE L. SYKESVance Leon Sykes was born on March 1, 1915, and in keeping with his love of baseball, made his final turn around third base and slid into his Heavenly home at 3:40 p.m. on Aug. 14, 2010. He was preceded in death by his parents, Wade H. and Lillie T. Sykes; his wife of 62 years, Mary Alice Roughton Sykes; and his brother, Alvis Martin Sykes.He graduated in 1934 from Durham High School, where he honed his skills as a baseball player. His love of the sport gave him much enjoyment throughout his adult life. One of the last of the “greatest generation,” Vance served his country in the U.S. Army from June 1943 through September 1945. He was stationed in Germany, where he was taken captive at the Battle of the Bulge and was a Prisoner of War from Dec. 20, 1944, until April 28, 1945.Vance began his career in the textile industry working at the Bull Durham Factory and the Georgetown Silk Mill and ended as a long-term U.S. Postal Service employee. He was a member of the American Legion, Disabled American Veterans, AARP and the National Association of Retired Federal Employees. He was a devoted sports fan and supporter of the Duke Blue Devils, as well as an avid golfer– he took up the sport upon returning from the war and enjoyed it well into his 90s. Vance attended Fuller Memorial Presbyterian Church.Surviving are two nephews, Al Sykes (Beverly) of Greensboro and Gary Sykes (Dianne) of Altavista, Va., three grandnieces, one grandnephew, and a special friend, Ruth Lee Clements of Durham.A graveside service, with military honors, will be held on Tuesday, Aug. 17, at 2:30 p.m. at Woodlawn Memorial Gardens, officiated by Dr. Darrell Pond.Flowers are acceptable or memorial donations can be made to Fuller Memorial Presbyterian Church, 100 Pleasant Drive, Durham, NC, 27703; or to the Durham Rescue Mission, P.O. Box 11858, Durham, NC, 27703.Online condolences may be made at www.hudsonfuneralhome.com.