Honored by your trust… for over 100 years.

What does “family owned” mean to you? To us, it means respect, dedication and a strong devotion to the friends and neighbors we’ve known for almost a century.

This is why families in Durham County have called upon us so consistently to stand beside them when sorrow strikes. We understand your family’s traditions, and we understand your need for support and sympathy during stressful times. With you, we share the heritage and history of our community.

Shortly after World War I, Sanders Vance Hudson Sr. and his wife Ora Thompson Hudson establish their Apex, NC funeral firm in 1919. This was in the era of the horse and buggy, when funeral services were much different than they are today. Caskets were handmade, funeral services were held in the family’s home where the casket was placed on chairs. Plow lines were used to lower caskets into the grave.

In 1929, the Hudsons opened an additional funeral home in East Durham. The building was near Crabtree’s Pharmacy, at the corner of Driver & Angier Avenues — this was a branch of the Apex location. A year later they moved to 1800 Angier Avenue, which became their permanent location. It was in this year, the Hudsons brought the first motorized hearse to the community.

In the 1940s, Edwin H. Hudson, Sr. and Ollie Thomas Hudson, Sr. were the second generation of the Hudson Family to operate the family firm. Ed managed the business in 1938 while Ollie attended Mortuary School; Ollie then went on to serve in the U. S. Army during World War II. In 1945, Ollie returned home and managed the funeral home with Ed. Then, in the 1950s, Ed turned over full management to Ollie. Ollie, along with his wife, Hilda, also a funeral director, operated the funeral home until his death in 1984. Hilda retired in 1999. In the 1940s, ambulance services were often provided by funeral homes. The Hudson family brought the very first fully-equipped ambulance to the area, as well as Durham’s first funeral chapel. 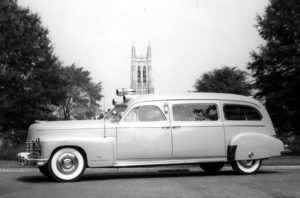 During the 1950s, the funeral home at 1800 Angier Avenue was completely renovated and enlarged. Additional rooms were added along with a brick veneer and large white columns onto the front of the building. 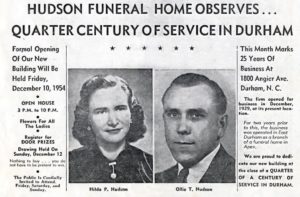 In the late 1960s, a new funeral chapel was built beside the funeral home at 1800 Angier Avenue. 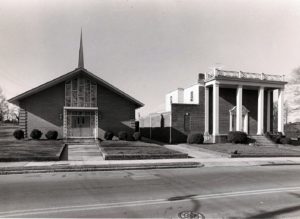 Ollie’s oldest son, Ollie Thomas Hudson, Jr. “Tommy”, is the third generation of the Hudson family to manage the funeral home. As a 1971 graduate of Indiana College of Mortuary Science and a licensed funeral director and embalmer, Tommy took over operating the funeral home in 1984. He and his wife, Mary, also a funeral director and licensed Insurance agent, own and operate the business today at it’s newly built location (1986) on 211 S. Miami Boulevard. On the ground level, the new location has two large state rooms, multiple arrangement offices, a selection room, and a chapel. 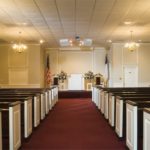 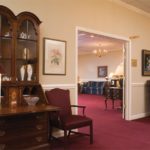 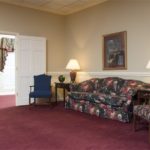 Still deeply rooted in the traditions and customs of our area, Tommy and Mary, along with their professional staff, will be at your side any time of the day or night if a death should occur. With one phone call, all your needs will be cared for.